“History is written by the Victors”

You’ve no doubt heard that expression.  The final words of the story of Troy were written not by the Trojans themselves, but by Homer and the conquering Greeks.  That phrase haunts me, but I need to add to it:  “Or recounted by the survivors.” 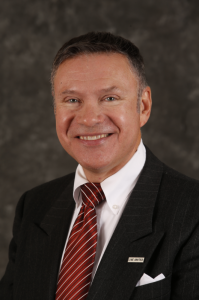 As a student of organizational behavior, I find it fascinating that visionary leaders breeze in with new ideas, make Big Changes, and then move on, leaving the long anecdotal stories of that change to be told by those that remain.  Until they eventually retire, and the How We Got Here anecdotes are lost.

My time and craft have been all about the application of technology in organizations.  As an IT consultant, I had a front-row seat at some interesting events and some great examples of bad organizational behavior.  Being that I worked in higher ed IT at the inception of the Internet, I have a few interesting anecdotes that add some color to explain how we got from There to Here.  Sadly some will be about ways in which it was cooler back before ALL YOU PEOPLE (non Academics) got here.  I also had the good luck to be present during the Dot Com Boom in Seattle, which was life-changing in many ways.

If this works as a cloud-based set of articles I might do more with it eventually.  Right now it’s a first-pass to make a (hopefully) coherent narrative of my personal version of the history of technology, and maybe share some cautionary tales along the way.

My wife and I joke that we have always been the “family archivists” because we have a mostly dry basement and no compunction about storing boxes. I have backup tapes (still readable!) from 1995, and copies of the first few emails I sent over the Internet.  A trivial mind mixed with a tech hoarder.  Ouch.

Over the years, former colleagues have come to me occasionally to ask things like “You were there at those meetings — how did they arrive at that decision?”  Often I could call up the old files and email them things to explain the context.

I’ve said for years that every decision we make constrains us — limits our universe of possible future decisions and outcomes.  The contentious 2016 Presidential election season has made me aware all over again of how the decisions made in years past constrain us.  If I feel really ambitious, I might write a bit about that, too.