Trust me:  it’s pretty hard being me.  The weight of the world is upon me, and there’s not enough of me and my wisdom to go around.  Lost opportunities for civilization abound, when I’m indisposed elsewhere…

Now that everyone has lost their lunches, I just HAVE to tell you about a missed opportunity here in Tulsa to do something cool and interesting with one of the last available large parcels in Midtown.  Here it is, the former half-block at 17th & Lewis that held Barnard School since 1925: 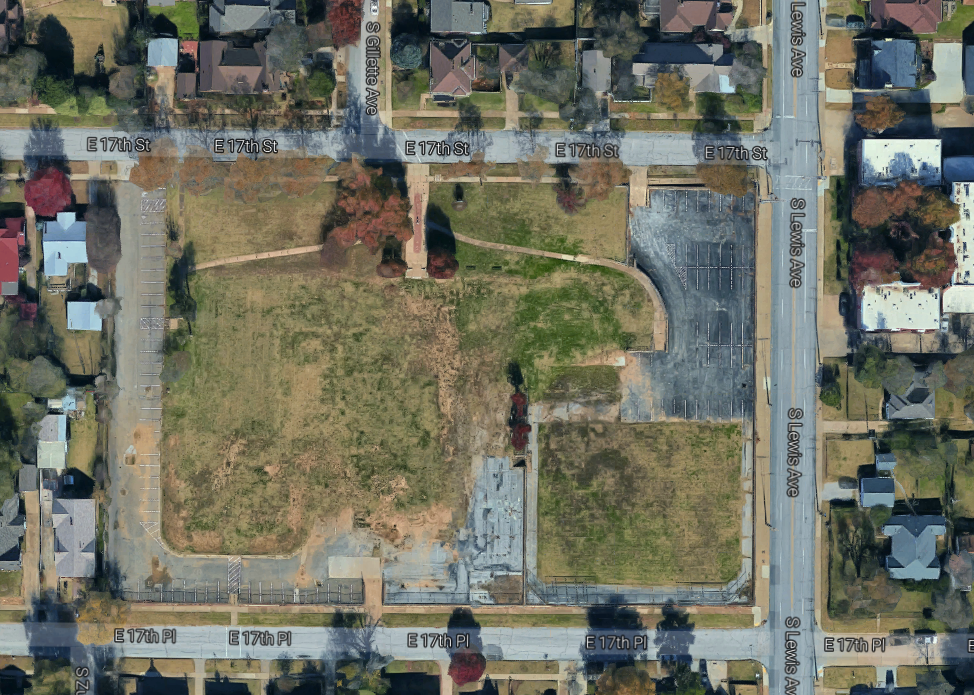 Barnard was a cool old building that burned in a fire in 2012.  Once they scraped and cleared the land in 2013, I thought:  wouldn’t it be cool to NOT divide the land into 18 typical suburban plots, but do it “Notting Hill Style,”  and have 26 total rowhouses (13 on 17th Street, and 13 on 17th Place), with a private garden for the residents? 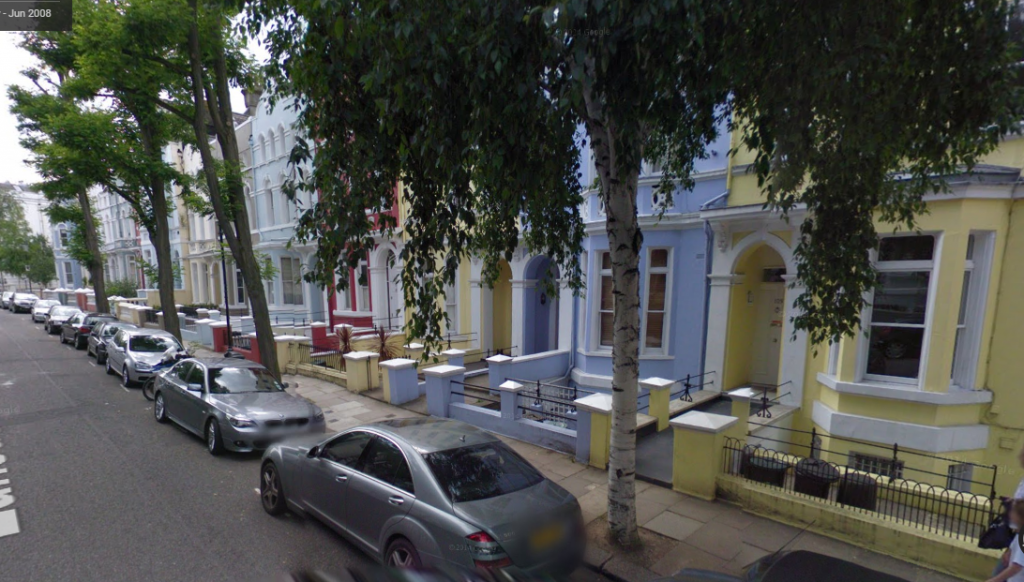 Or maybe using a similar vernacular to the small, 1920s-era cottage homes in this area, you could look to the Painted Ladies of San Francisco.

As I saw it, going anywhere from 10-18 to 26 building lots, with more urban-looking spaces and shared amenities in back (even a large pool) would attract a different sort of owner than the ones who want their own little piece of ground –Liberal Democratic Commie Pinkos like myself.  Here’s my screenshot-and-paint representation of my dream: 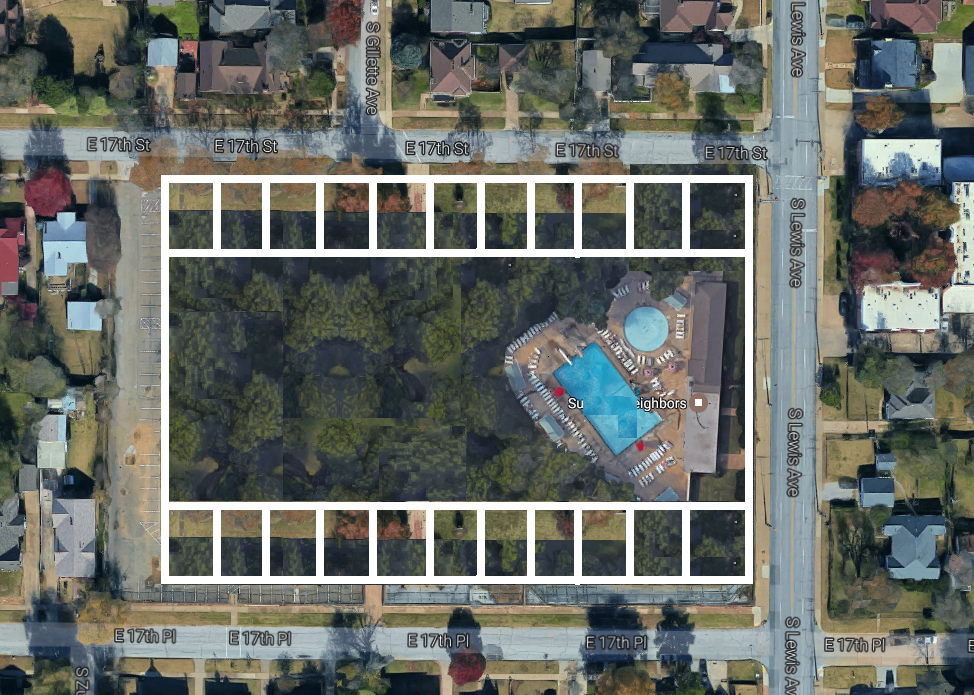 The private garden would allow homeowners space near their house for their own area for grilling, etc., but with perhaps communal garden plots, playground, and other amenities covered by a property management fee on steroids.

I’ve left the old parking lot on the west side intact for off-street parking.  If you wanted to give up the two westmost lots, you could put garages on that end, attached to the wall.

If you’re a fan of ‘The Walking Dead,’ imagine this with a fence around it to keep out the zombies.  And the pool becomes your drinking water supply for awhile in such a post-apocalyptic scenario.

This site was apparently a part of the Green Country Low Impact Design Competition in 2013.

Now a group of quite conventional-looking houses are going up on this site.  Sigh….

The real question that’s bigger than a development is:  what makes our cities and neighborhoods attractive and desirable?

The post “Is this possible anymore?” is a version of this in reverse: a Pocket Court.  The folks building Carlton Landing near Eufaula OK are devotees of this thinking.  They believe that people want good design, solid craftsmanship, and something timeless.  And yet…we keep doing what we’ve done before since the 1950s…

One comment on “Barnard Trace Charette: Four or five years too late…”