Okay: you can say I told you so.

Since July 5th this year I’ve been “on call” with the US District Court, Northern District of Oklahoma.  Every Friday after 5:00 pm (all Summer) my ritual has been to log on to their eJuror site to see if I had to report the next week.  I learned later that they pulled 30,000 names, of which I was one.

As you’d imagine, at first each week was fraught with worry — and planning/rescheduling stuff in my mind for the next week.  Making sure my colleagues knew, and that coverage of important stuff would happen.  But each week…nothing.  So naturally, one gets cocky.

Also in early July, I ordered some eclipse glasses and made sketchy plans to drive up to KS/MO to see the total eclipse.  With my daughter’s school starting the Friday before, we decided she and Karen wouldn’t go.  And that I’d take my Mom.  A once-in-a-lifetime road trip! 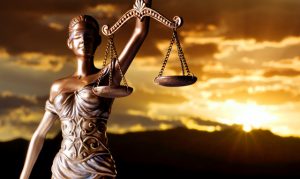 Yes: I could have requested the day out of service almost any day before.  Just not after 5:00 pm for a court summons on Monday.  So….plans get canned and I go down to the Federal Building.

My first time ever as a juror.

Karen had been in a civil jury pool last year but didn’t make the cut.  I, however, by noon on Monday, was one of 13 jurors (12 plus an alternate) to hear a drug trafficking case, where the defendant was charged with transporting 3 pounds of meth and was apprehended in Tulsa.

I won’t bore you with all the court details that I’ve told my colleagues.  Suffice it to say that I took good notes, endured lots of coffee and recesses, and each day my thoughts vacillated between guilt and innocence for the defendant, as different facts were presented.  And then, on 3:00 pm on Wednesday we were given our instructions from the judge, and…before we were to begin deliberations, our alternate would be picked and excused.

“Mr. Szabo, since you were the last juror picked, we have identified you as our alternate.  Thank you for your service, and when we recess you may go.”

Wait…WHAT?  After all this?  Quite a bittersweet end.  I left my notebook for my fellow jurors and wished them well.

I felt for the defendant’s attorney.  He mentioned this was his first time at district court, and it showed.  He did his best.  Bless his heart.

The most depressing thing was that the two young men who had (a) turned state’s evidence, and (b) were identified as The Middleman and The Delivery Guy, were 19 and 20 years old.  Born in Oklahoma City, high school graduates, but engaged in jobs that weren’t going places.  The ability of the Delivery Guy to make $500/week at a convenience store vs. making $250 each time he delivered a quarter-pound of meth.  I can see where it could be rather seductive.

It makes me wonder what their situations growing up were like.  And makes me further wonder if our lousy state funding of education helps perpetuate the “kick the can down the road” mentality.  After all, these young men aren’t the problem of the state education system.  Now…