Living in Tulsa recently has brought me face-to-face with how quickly we revert to the herd mentality, particularly when we find ourselves in an information-poor environment.  With amazing speed we will tacitly accept “truth” from very tenuous sources, and spread it around like manure to feed and grow further mania.

I’m speaking of course about Scary Clowns, and also unattributable “facts” that got posted on social media on 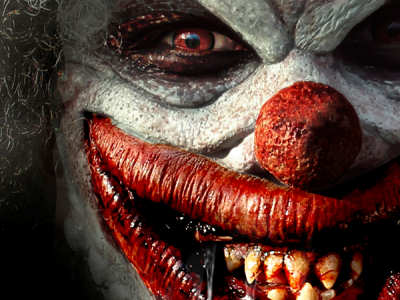 September 22, 2016 — the day Tulsa was on pins and needles related to the Terence Crutcher shooting on Friday, September 16th.  The issues are different, but how we dealt with them via social media is very similar.

First, the social media firestorm related to Terence Crutcher. A friend (a real friend, not just FB) had reposted some rumors that morning related to:

Later that day, others chimed in to claim that the aforementioned protesters would be blocking US-169 @71st Street during rush hour.

In every instance, there was nothing, except a small gaggle of 10-12 peaceful folks with signs near 5:00pm across from the courthouse on Denver.

I drove downtown over lunch, and saw nothing out of the ordinary.  I stopped short of going in to question the Hyatt desk clerk.  I searched the news sites on the web, and the nearest thing I found was a group of BLM protesters had been in downtown St. Louis, two days earlier.  It’s not a stretch to think that they could motor down I-44 to Tulsa.

Around this time I began thinking:  We’re all creatures of social media these days.  We all have smart phones to either capture events or help promote our own issues.  If I were a BLM organizer, I would be using the media to its’ utmost to publicize my activities, before/during/after a protest.  So I began searching Twitter and Facebook for anything having to do with Tulsa.  With that search string, Twitter was blowing up with approx 40-70 Tweets every minute.  After 30 minutes of scanning almost a thousand tweets, only 2 were legit:  one was from Jarrel Wade of the Tulsa World who’d gone out looking for the protest, and filming himself seeing nothing.  The other was a man on 71st Street who was holding up a sign for peace.  Neither was a scene of organized civil action I was looking for.

So that’s my new manta:  When the story is so fresh that there’s little information, look and see if anyone legit is covering the incident.  And also “Pictures, or it didn’t happen.”

Next, our latest Clown Threat condition, which must be at DefCon 4 right now.  This one has provided me with (hopefully) an opportunity to impress upon my 10-year-old that mantra.

Earlier this week, when it was just social media threats from Clowns putting schools elsewhere on lock down, I poo-poohed this as the actions of misguided kids seeking to scare each other, and some getting arrested for their trouble.

But NOW that someone in Tulsa got assaulted by someone in clown getup…the stakes just got higher.  In a very “Blair Witch Project” kind of way, verifiable evidence becomes harder when you’re allegedly being chased by a clown — after all, how can we be sure the video or pics you have of the Killer Clown isn’t just fabricated, and that you’re a part of the gag?

Sidebar: that morning my daughter’s clock radio turned on just as the DJs were covering this assault.  A great way to wake up; scared enough to come hang out in our bed rather than sleep in…

My daughter and her carpool crew have been all over this one — poring over pics from each other’s phones the day before and generally believing the same sort of hearsay as the Crutcher hysteria above.  The thing is: I don’t see any difference in how middle schoolers respond vs. adults who have ALLEGEDLY learned how to be critical consumers of the news to help make sense of the world around them.

When you post something suspect you haven’t verified, your friends and colleagues will look at that steaming pile of @#%! and their higher brain functions will say “I value and trust what Gary says,” and at the same time our limbic and reptilian brain areas prepare us to fight or flee.