Back in the Summer I sat with a visitor at my church, the adult chaperone of 15 Iraqi high school students who were touring parts of the U.S., learning about the various career choices that might be available to them.  After visiting Vermont, and then Oklahoma, they went to Washington D.C. before heading back to their school term start in mid-September.

The interesting thing was the chaperone, who happened to be Muslim, had a good understanding of our version of 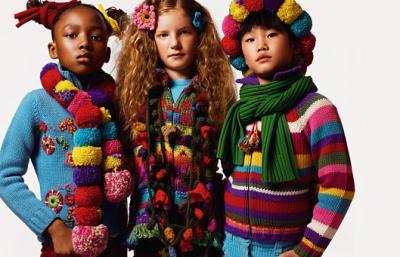 Christianity in ways that we did not have of his faith.  He displayed a reverence and respect for our traditions that was in direct opposition from the Fox News view of what a Muslim is. It made me recall some experiences with cultural diversity in my little corner of Muskogee, Oklahoma in the late 60s/early 70s…

My Dad immigrated from Hungary in 1957 courtesy of the Hungarian Revolution: the Russians essentially took over their vassal state of Hungary.  He settled in Muskogee along with other Hungarians, some stayed and some moved elsewhere.  He learned the language, got married, got a good job with Coburn Optical Industries, and became a U.S. citizen in 1967.

Because Muskogee in those days had a significant manufacturing base, a well-trained workforce, and Coburn was developing a national and (later) worldwide sales force, many other new arrivals came to call Muskogee home. A great many folks would show up for dinner at our house, and as such I got to know them and a bit of their cultures from an early age. Here are a few…

You get the idea.  Lots of cultures, and lots of differing viewpoints scattered around the dining table, and I hope I’m the better for it.

But don’t think that Muskogee was a mini United Nations.  The place wasn’t perfect — like everywhere, people were both enlightened and not.  Since we had rent property when I was in high school and college, the most angry I ever saw my Dad was when he was having an issue with a tenant.  The tenant got tense and pulled the “foreigner” card, which my Dad regarded as fighting words.  I can’t remember exactly what was said, but Dad chose to exit the scene angry before getting into a situation he’d regret.

Dad took his U.S. Citizenship seriously, knew more about our Constitution than many native born Americans, and since arriving 20 years earlier had been unable to return to Hungary AT ALL: he was still technically AWOL from his post in the Hungarian Army when the fighting started with the Russians. In fact, he wasn’t able to go back until 1981, when Hungary relaxed their stance about putting all those Freedom Fighters in prison.  He had missed the funerals of his parents, and his Brothers and Sisters had entire lives and children he knew little about.

Being the parent of a child adopted from China, I hope I’m doing the right thing in providing as much of a well-rounded world view to her as I can — I know it’s not as much as I had; the times have changed and I hope our national obsession with insularity is something we don’t live to regret.  I hope I’m able to provide as many cultural opportunities and chances for her to question the commonly held positions.  To take all the opposing viewpoints in, digest them, and make up her own mind.

Like any parent, you want your kids to be better at life than you are…