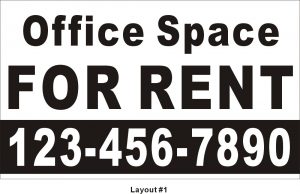 You know when you’re driving down a familiar street and you suddenly notice a favorite store or restaurant is gone?

While you feel a palpable sense of loss, the demise can often be attributed to the following:  (1) you and others didn’t shop there enough, or (2) mismanagement by the entrepreneurs.  I could do an entire post on #2 just from things I’ve seen, but let’s move on…

When I was studying Entrepreneurship at T.U., Professor Trueblood said that, often as not, some of that mismanagement could be attributed to not having enough capital to weather the storms — particularly if it’s a new business that hasn’t yet got to the point of sufficient cash flow.  In the years since, I’ve seen this numerous times in businesses, and I’ve seen it equally in the nonprofit sector.  But the difference is: private sector businesses generally Fail Fast.  Nonprofits Fail in Slow Motion.

By Slow Motion, I mean that we all do our best to keep them alive.  Help them find their footing and their niche with funding.  As a community we do it FOREVER.

I started my association with nonprofits back in the early 90s, volunteering for DVIS, CampFire and the United Way when I worked at Tulsa University. Back then the Tulsa Area United Way had 70+ partner nonprofits under its’ wing.  Now we have 58.  Some have closed, some merged, and some chose to take themselves out of the club.

NOTE: Most United Ways in the U.S. are moving away from this approach; choosing instead to partner with agencies around a singular topic for a few years, like 3rd grade reading attainment or homelessness, then part company.  The expression used is Move The Needle — throw massive resources at an issue to show demonstrable change.

We have chosen to do a little of that, but maintain deep and meaningful relationships with 58 professional organizations that we feel can get things done in our community.

In those same 20 years, my dear employer the Tulsa Area United Way has gotten smarter.  Like all businesses, we’ve embraced technology and sought to improve/streamline the process (and hoops) that our partner nonprofits have to jump through in order to remain members in good standing. We have them ascribe to a code of conduct and best practices dictated by Board of Directors approval.  One of the biggies:  in order to stay healthy, don’t take any more than 25% from any single donor, and that includes us.

Each year from January through May we have a cadre of 170+ volunteers who fan out and evaluate our partners — in addition to determining if they meet our best practices, these folks ask them essentially:

“So last year we gave you $XXX,XXX dollars — did you spend it in the manner you told us you would?  If not, why?”

“Based on the answers you gave to the above questions, what do you want to do this next year in your area of education, health and safety, or financial stability? How much will that cost?”

Their answers demonstrate good stewardship of the community’s hard-earned money, and determines what these volunteers recommend to the Community Investments Cabinet (more volunteers, with more tenure).  And this gets rolled up in aggregate to make the TAUW campaign goal for the Fall of that year.  Every year this cycle is repeated.

But people are people, and some aren’t fans of being told how to do anything.  It’s simple: in exchange for being a part of great progress in the 5-county Tulsa area (and getting funds), you have to report to us and embrace those best practices.  If you don’t want to, that’s also simple: don’t take the money.  Exit the family.  No hard feelings.  But don’t blame us for your intractability. Also: don’t use us as a straw man to rile up your supporters at the injustice.  Chances are we gave you several years of warnings — we don’t employ any “Animal House”-style Double Secret Probation.

In our zeal to be paternal and help out for the good of the community, we’ve helped you Fail even slower.

You may have read recently about former Microsoft head Steve Ballmer’s new project to make sense of government data, called USA Facts.  As a family philanthropy made up of he and his wife, there’s this surprising quote:

“Most of the not-for-profits we work with would be 50 to 90 percent government funded,” Mr. Ballmer said, referring to various efforts to fight poverty that he has supported. “I mean it’s funny, but I didn’t realize all these not-for-profits were in a sense almost like government contractors.”

In our world, this would be a red flag that the nonprofit should consider diversifying its’ services and take in funds from different sources.

Over the years I’ve encountered many nonprofit leaders who remember the Old Days of the Old United Way — GIANT binders that the agencies had to fill out, and staff at TAUW that could make life tough for the agencies.  Like the agencies, our people are people and some have brought their own baggage.  Mea Culpa for my predecessors.

I like to think that as the nonprofits and the funding and philanthropic community have gotten better at working together, there’s less stress, less friction and more doing.  And more measurable outcomes for those agencies who truly want to improve their efficiency as businesses who happen to be nonprofits.

Just don’t blame us for being good stewards of the money of our thousands of supporters, who want someone to tell them that the money went to a good cause.  Who want someone to coordinate the lion’s share of activities to make life better in the three buckets of education, health/safety, and financial stability.

As the community’s nonprofit investment manager, you can think of the United Way like a mutual fund for giving.  The goal remains the same, but occasionally we’ll “rebalance the fund” for different needs.  Sometimes that requires swapping out nonprofits who no longer are capable/willing to let us invest in them with confidence.