Every now and again, I have a technology-themed “Marcel Proust Moment”…

In the first volume of Marcel Proust’s ‘Remembrance of Things Past,’ he dunks a cookie into his tea and immediately he’s transported back, into a reverie and remembrance of his life years before.

That’s how I feel when I hear the latest news about Pine, which stood for Program for Internet News & Email.  This stubborn survivor, this original character-based email client was created at the University of Washington in 1989 and is finally ceasing development.  Or its’ descendant, Alpine anyway.  Over the course of its’ long life, it also begat IMAP: the back-end mail server that is the public-domain Grandfather of Microsoft Exchange.

When the Internet was new, the last thing any Internet Service Provider wanted to do was actually KEEP a user’s email — it was the equivalent of a hot potato, and with whatever POP3 mail client you used, the point was to download and delete that sucker off your servers as fast as possible.  Disks and servers were EXPENSIVE. Great if you were a single user with a single PC at home, connecting via dial-up, but on a university campus where you perhaps didn’t have a dedicated PC, your mail had to follow you.

Pine was perhaps not pretty, but it was universal. Since it was readily available to recompile on your own hardware, before long it was everywhere.  Like all character-based programs of the day (WordPerfect, WordStar to name two), it had a variety of key shortcuts that people grew to know and love. 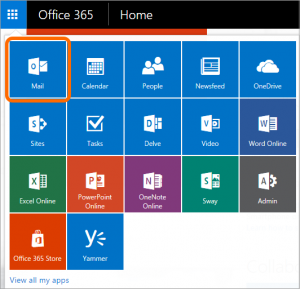 With the IMAP server backing it, your mail and any folders you created to store your email followed you.  In many ways, that created an expectation at higher education institutions that perhaps informed the decisions of programmers across Lake Washington, in Redmond, who were building an entirely new computing environment.  Over time, mail clients like the Microsoft Internet Mail and News (MIMN?) morphed into Outlook Express, and then eventually got abandoned in favor of something that had more PINE and IMAP DNA in it:  Microsoft Outlook.

Now, it’s interesting to see where Microsoft Outlook is gently being nosed aside in some settings by its web facsimile, Outlook Web Access, or OWA.  For example every year we get a new crop of 15-20 Loaned Executives who help us run the United Way campaign.  On the whole, a fair number of them just choose the web version of Outlook — which now has Focused Inboxes and other smarts and improvements that are not present in the monolithic client.  The fact that new features and improvements can be rolled out much faster on the Office365 web app version is no surprise, but I wonder at what point it will become pointless to run two parallel development tracks.