Gather round, kiddies — we’re going to talk about business ethics.

When my wife worked at Group Health Cooperative in Seattle, one of her coworkers used to ask interesting interview questions to get at the heart of the ethical dilemmas inherent in modern work.  For example:  “Would you work for a tobacco company?”

The point was to see how comfortable the candidate was with ambiguity and perhaps setting aside a portion of one’s personal ethics for a paycheck.  It always reminded me of that game “Would You Rather…”

My 12-year-old, the budding philosopher, and I were talking about such things during a recent dog walk, and it made me recount an incident from my own work life.

Years and years ago, I was hired as a Manager of Network Services — overseeing a staff of 18 folks tasked 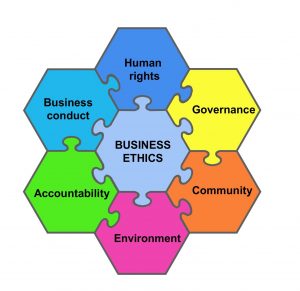 with the care and feeding of a large network on an urban campus.  The areas of focus were familiar: PCs, Windows Servers, phone system, helpdesk, etc.  The team was made 70% full-time staff and 30% contractors.

The FT staff had a fair amount of tenure with the company but were green in some areas of current technology. Here, the contractors were the Stars.  The best way to describe the staff were as “whipped dogs” — most of them were capable of learning and doing good work but they’d been ignored.  Not given training to keep their skills up.  There was a long-term dysfunctional org culture that was apparent and clearly hadn’t been dealt with.

The contractors, of course, being that they were brought in from outside, had current marketable skills. The staff had not been given resources to both grow and do their jobs effectively.  I don’t know the full history of how this came to pass: my guess is that the company had a project to complete, and the sales staff of the contractor had offered to solve the problem.  Who knows how long that had been going on.

The CIO had hired me to change things.  His solution: fire everyone and start again.  My solution: examine the situation in depth, fire if necessary, and provide resources to the teams to get adequate training.

In the end, I fired one gentleman whose skillset was not what we needed (nor showed any interest in adapting).  But the rest I was able to put on the path towards career redemption.  Many of these folks are either still with the company, or retired honorably, or have moved on, continuing their professional growth and success.  I heard that, over time, they righted the ship and returned to having the FT staff direct and plan the technological direction, and bring in contractors when necessary to help with projects.  After all, your company’s own employees contain the institutional memory of decisions made over time and are in a better place to give good counsel.  If they have solid tech chops to inform their decisions.

Sometimes the right outcome for the overall good of the company doesn’t jibe with the wishes of your superiors, so we parted company.  In one of those rare instances of corporate kismet, I heard that the CIO had been engaging in various activities not approved of by the company, and was escorted out of the building less than 2 years later.

As a longtime student of organizational behavior, I saw the signs early on but chose to ignore them.  Who hasn’t?  Seduced by good money and benefits, you think that you can be the one to make things better…at least in your own little corner.  A couple of signs:

It was a humbling experience and one that has shaped and colored my decisions whenever I’ve angsted over moving to a new position.  Now and forever more I seek to ascertain up-front whether, as a Boss in Seattle once said, “Can you imagine them hiding a body in the trunk?  If you can, you probably should pass.”